(WSJ) Chinese telecommunications giant ZTE Corp. has agreed to pay $892 million and plead guilty to violating U.S. sanctions on Iran and obstructing a federal investigation, ending a five-year probe that has raised trade tensions between the U.S. and China.

The penalties, among the largest ever in a sanctions case, were imposed on ZTE for a six-year-long plan to obtain technology products from the U.S., incorporate them into ZTE equipment and ultimately ship the equipment to Iran, U.S. officials said.

Still, the company avoided a more devastating outcome: a supply cutoff of U.S. components, which the Commerce Department slapped on ZTE in March 2016, prompting the company to come forward to negotiate the eventual settlement, according to U.S. authorities. The Commerce Department suspended the sanctions during the talks and, in conjunction with the settlement agreement, it will now move to fully remove them, officials said.

Without key components such as Qualcomm Inc. processors for its smartphones, ZTE’s ability to produce some of its major products could have been crippled in a matter of months, putting it at risk of bankruptcy.

“The highest levels of management within the company approved the scheme,” and the company “repeatedly lied to and misled federal investigators,” said Mary McCord, who runs the Justice Department’s national security division, in a statement.

“ZTE acknowledges the mistakes it made, takes responsibility for them, and remains committed to positive change in the company,” ZTE Chairman and CEO Zhao Xianming said in a statement detailing the company’s compliance program.

As part of the settlement announced Tuesday, ZTE agreed to a three-year period of corporate probation, requiring it to allow an independent monitor to report on its export compliance program, according to court documents filed in federal court in Texas. ZTE also must cooperate with the Justice Department on any criminal investigation by U.S. law-enforcement authorities, the papers said.

The penalties—imposed by the Justice, Commerce and Treasury departments—will wipe out the equivalent of the past two years of ZTE net profits. They also include an additional $300 million the company will be required to pay if it violates its agreement with the Commerce Department.

The case had alarmed Chinese policy makers. ZTE is one of the few Chinese consumer brands to find broad acceptance among U.S. consumers. It is the fourth-largest vendor by number of smartphone units sold in the U.S., after Apple Inc., Samsung Electronics Co. and LG Electronics Inc. 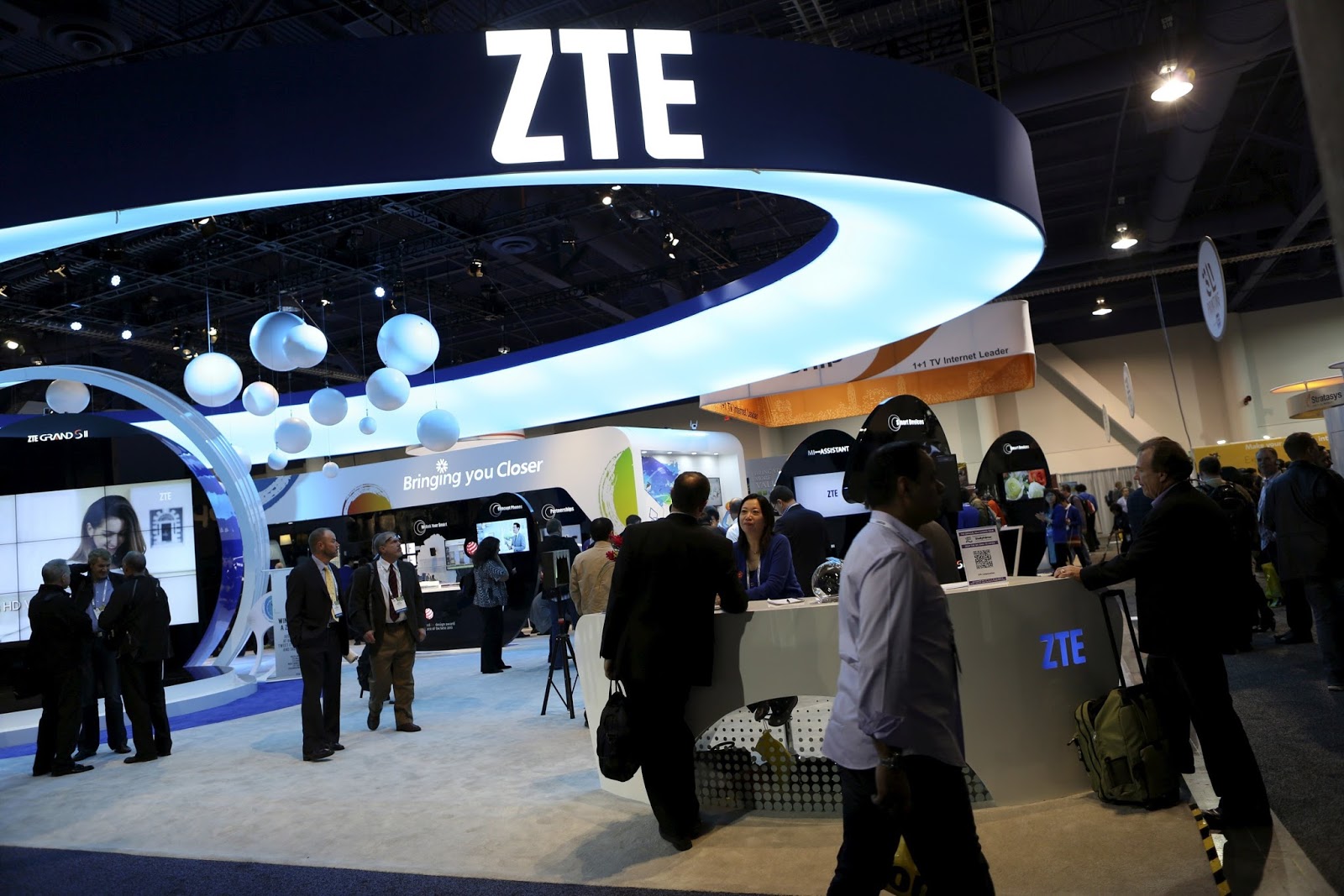 Even though the Commerce Department’s sanctions on ZTE were quickly suspended, the jarring threat prompted China to accelerate efforts to reduce its dependence on U.S. technology and develop domestic alternatives, said Ye Tianchun, microelectronics director of the Chinese Academy of Sciences, a government think tank. “It’s made us even more convinced that we have to develop our own technology,” Mr. Ye said.

In this way, the ZTE investigation may have sped up a trend that has worried U.S. policy makers:

China’s efforts to close the high-tech gap with the U.S. with the help of tens of billions in subsidies and aggressive efforts to acquire overseas technology.

But as ZTE sources many components for its electronics from U.S. suppliers, a heavy blow to ZTE also would hurt U.S. companies, a conundrum the Trump administration will face in many sectors as it seeks to reduce the trade deficit. Cutting ZTE’s U.S. parts supply also would risk retaliation from Beijing and a potential trade war.

ZTE has faced an uphill battle in Washington. In a 2012 investigative report, the House Intelligence Committee warned that ZTE posed national-security risks, and members of Congress have continued to send letters to U.S. officials blasting the company.

From 2013 through 2016, ZTE spent a total of $3.3 million on lobbying in the U.S., compared with only half a million total over the four previous years, according to data from the Center for
Responsive Politics, a nonpartisan, Washington D.C.-based research group.

The U.S. investigation began in 2012 after Reuters reported on ZTE’s business with Iran.

The scheme ran from January 2010 through January 2016 and involved shipping $32 million in U.S. origin items to Iran without a proper license, prosecutors said. ZTE was trying to fulfill two contracts in Iran, each worth hundreds of millions of U.S. dollars, to install cellular and landline network infrastructure requiring U.S. components, according to U.S. officials.

ZTE had lied to federal investigators during the investigation and insisted, through its lawyers, that it had stopped sending U.S. goods to Iran even though it continued to do so, according to court documents.

ZTE also hid data from a forensic accounting firm its lawyers had hired to review the transactions, the documents said, partly by forming a 13-person team to “sanitize the databases” of information relating to its Iran business and using an auto-delete function to erase certain employees’ emails on a daily basis, according to court documents.

As part of the settlement, ZTE also was required to fire four employees or allow them to retire, but no executives were criminally charged in connection with Tuesday’s action, a law-enforcement official said.

ZTE’s fine is at a similar level to the most recent major penalty levied by Chinese regulators on a U.S. tech company, when China’s antitrust regulators fined Qualcomm $975 million in 2015 for alleged abuse of monopoly power.

Founded in 1985 as a state-owned telecom equipment manufacturer in China’s southern Guangdong province, ZTE was listed on the Shenzhen stock exchange in 1997.

In recent years, it has branched into consumer electronics, becoming the only Chinese smartphone brand with substantial sales in the U.S. ZTE’s U.S. smartphone market share in the fourth quarter was 11%, according to Counterpoint Research.