China on Tuesday launched the world’s first quantum satellite, which will help it establish “hack-proof” communications between space and the ground, state media said, the latest advance in an ambitious space program.

The program is a priority as President Xi Jinping has urged China to establish itself as a space power, and apart from its civilian ambitions, it has tested anti-satellite missiles.

The Quantum Experiments at Space Scale, or QUESS, satellite, was launched from the Jiuquan Satellite Launch Centre in the remote northwestern province of Gansu in the early hours of Tuesday, the official Xinhua news agency said.

“In its two-year mission, QUESS is designed to establish ‘hack-proof’ quantum communications by transmitting uncrackable keys from space to the ground,” it said.

“Quantum communication boasts ultra-high security as a quantum photon can neither be separated nor duplicated,” it added. “It is hence impossible to wiretap, intercept or crack the information transmitted through it.”

The satellite will enable secure communications between Beijing and Urumqi, Xinhua said, referring to the capital of China’s violence-prone far western region of Xinjiang, where the government says it is battling an Islamist insurgency.

“The newly-launched satellite marks a transition in China’s role – from a follower in classic information technology development to one of the leaders guiding future achievements,” Pan Jianwei, the project’s chief scientist, told the agency.

Quantum communications holds “enormous prospects” in the field of defense, it added.

China insists its space program is for peaceful purposes, but the U.S. Defense Department has highlighted its increasing space capabilities, saying it was pursuing activities aimed to prevent adversaries from using space-based assets in a crisis. 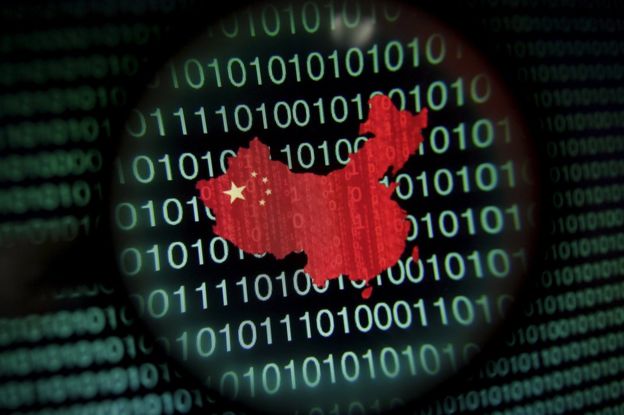 It has the money. China has allocated vast amounts of money for basic scientific research in its latest five-year development plan. It’s also willing to take big risks on some as-yet unproven technologies.

But while China is leading the project, officially titled Quantum Experiments at Space Scale (QUESS), Austria is also involved.

The scientist who first proposed the idea to the European Space Agency (ESA), without success, in 2001, is University of Vienna physicist Anton Zeilinger. He is now working on the latest project under the man whose PhD he once supervised, Pan Jianwei of the Chinese Academy of Sciences.

What are the applications?

In the face of ever more powerful hacking and surveillance – which could one day also include powerful quantum computers – the security of commercial communications is also increasingly important.

“Quantum computing is largely seen as the next big thing in communications,” says Marc Einstein, Director of the Information Communications Technology (ICT) practice of Frost and Sullivan, Japan, citing secure transmission of credit card data as a likely early application.

The broader technology has applications for precision too, he says, in everything from healthcare to industrial production.

“There are millions of applications. Some people say quantum computing could change everything.”