A Chinese takeover of Hull City could be back on, according to reports this morning. Sky Sports says a consortium of investors from China and Hong Kong are interested in buying the club.

The report adds: “It is understood the consortium includes representatives of the Dai family, which has business interests in real estate and shopping malls.”

Despite speculation throughout the summer, a short statement on July 20 confirmed takeover talks had been put on hold until the end of the transfer window to “ensure stability” at the club. The same statement added that the Allam family would “continue discussing a sale to interested parties in September”.

City have staged a series of negotiations since winning the Championship play-off final in May but are yet to see their asking price met. Talks last month with a US-group, led by businessman Peter Grieve, failed to reach a satisfactory conclusion.

Reports suggested that City had been close to a takeover with contracts being drawn up with Grieve’s consortium, but that was quickly denied by club officials. Investors from China and Thailand were also showing interest last month. The Mail understands that Grieve has provided proof of funds, a document proving his ability to push ahead with a takeover, but it is unclear if any other potential buyer has done the same.

The long-term future of the club remains unclear and after a chaotic summer it is clear City desperately need fresh impetus if they are to have a realistic chance of staying in the Premier League. 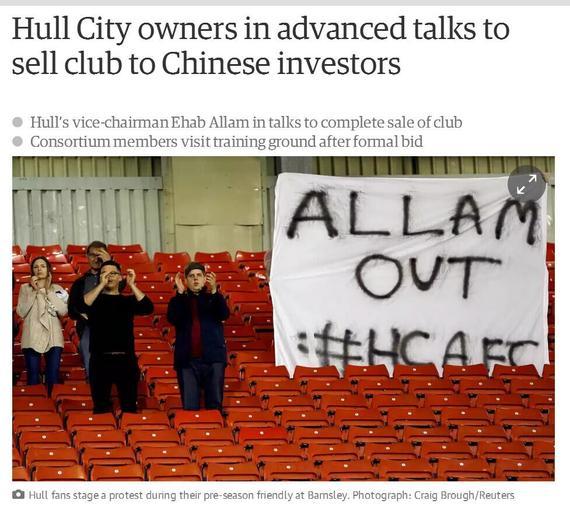