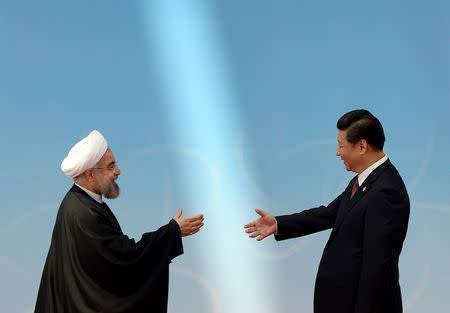 Iran’s President Hassan Rouhani (L) shakes hands with his Chinese counterpart Xi Jinping before the opening ceremony of the fourth Conference on Interaction and Confidence Building Measures in Asia (CICA) summit in Shanghai May 21, 2014. 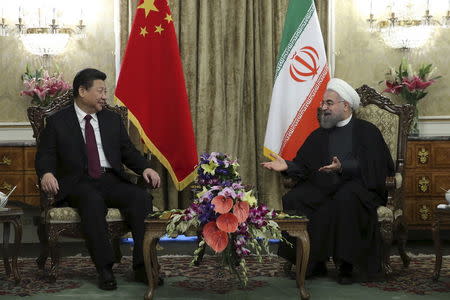 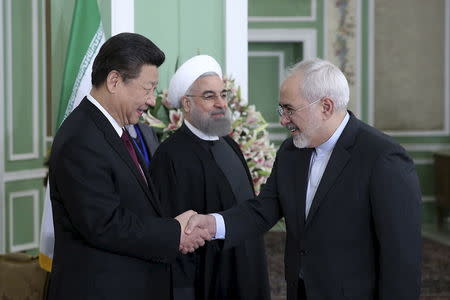 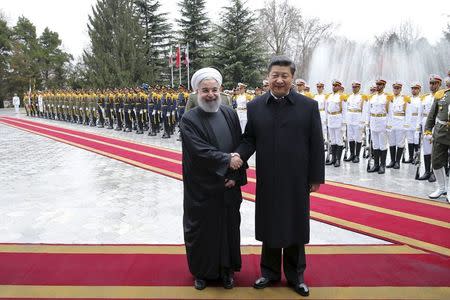 DUBAI (Reuters) – Iran and China agreed to expand bilateral ties and increase trade to $600 billion in the next 10 years, President Hassan Rouhani said on Saturday during a visit to Tehran by Chinese President Xi Jinping.

Iran emerged from years of economic isolation this month when the United Nations’ nuclear watchdog ruled it had curbed its nuclear program, clearing the way for the lifting of U.N., U.S., and European Union sanctions.

“Iran and China have agreed to increase trade to $600 billion in the next 10 years,” Rouhani said at a news conference with Xi broadcast live on state television.

“Iran and China have agreed on forming strategic relations (as) reflected in a 25-year comprehensive document,” he said.

Iran and China signed 17 accords on Saturday, including on cooperation in nuclear energy and a revival of the ancient Silk Road trade route, known in China as One Belt, One Road.