At a news conference in Beijing on Tuesday, Wanda Chairman Wang Jianlin said he plans to package Legendary, behind hits like “Jurassic World”, with existing movie production assets in China and sell shares in the merged operation in an initial public offering (IPO).

The move makes Wanda the first Chinese firm to own a major Hollywood studio – a sign of the country’s growing power in the global movie world, industry watchers said.

The executive gave no further details on the IPO plan, but said was acquiring Legendary Entertainment for both intellectual property reasons and the studio’s movies. A person familiar with the matter told Reuters earlier this month a deal to secure a majority stake in Legendary had been agreed.

“Wanda Cinema already has made tremendous development in China, but it isn’t enough,” said Wang, whose personal wealth is estimated by Forbes magazine to be about $27 billion. “Movies are global, and our company certainly wants to add our voice to the world film market.”

The deal is Wanda’s biggest overseas acquisition ever and comes as Wang accelerates a drive to diversify a giant with 2015 revenue of $44 billion away from its core, but slowing domestic property operations. With deals to buy into everything from financial services to Spanish soccer club Atletico Madrid, Wanda said on Monday revenue rose 19 percent last year.

Under the deal announced on Tuesday, Wanda said it will buy an unspecified majority stake in Legendary. As part of the transaction, Legendary’s founder and Chief Executive Officer Thomas Tull will continue to head up the movie maker.

“The deal reflects the emergence of China as the next generation of Hollywood investors and represents a shift from Japan,” said Dan Clivner, co-managing partner and media M&A attorney at Sidley Austin in Los Angeles.

Wang said that the Legendary’s intellectual property – with prospects for movie tie-in promotions – would add value to its motion picture and television production business. That would lead to greater opportunities for joint production, he said, while bolstering its tourism and cultural businesses also.

Chinese conglomerate Wanda Group on Tuesday said it is buying Legendary Entertainment, the U.S. studio behind Hollywood blockbusters including “Jurassic World” and “Godzilla,” for $3.5 billion. 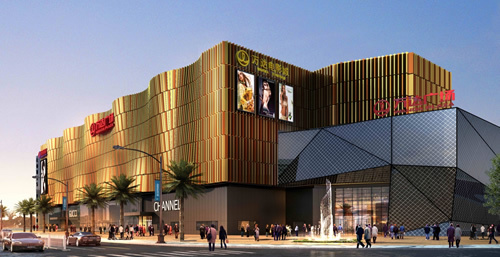 Wanda bought AMC Entertainment Holdings, the second largest U.S. movie theater chain, in 2012 for $2.6 billion. It was the biggest Chinese takeover of an American company at the time.

Upcoming releases by Legendary include “Warcraft,” and the science fantasy “The Great Wall,” said to be most expensive movie ever produced in China for global release.