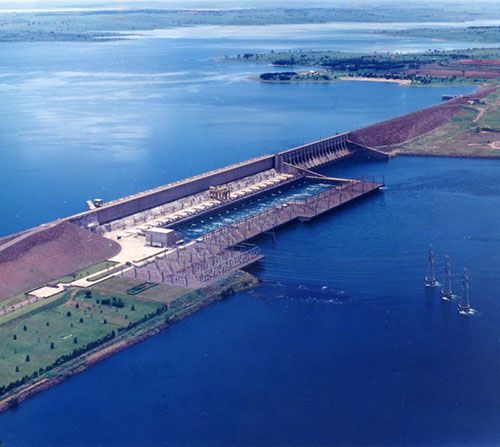 On Nov 25 the Brazilian government auctioned 29 hydroelectric power plants whose concession contracts were about to expire. Bidding on the 30-year concessions took place at the Sao Paulo Stock Exchange.

The Chinese company won rights to what is regarded as the best lot. CTG will operate Ilha Solteira and Jupia plants, the largest of the 29 plants, and pay the government 13.8 billion reais ($3.7 billion). The two plants, located between the states of Sao Paulo and Mato Grosso do Sul, were being operated by the Sao Paulo Electric Company (Cesp).

Lin Yinsheng, general manager of CTG Brazil Energy, said the concession period will start in January 2016, and the total amount of electricity produced next year will be sold to the regulated market.

CTG is expected to pay 65 percent of its investment before the end of the year, which will be a big boon to the Brazilian government’s efforts to lower the public deficit by year end.

Li said the successful bid for the two plants is an important symbol of CTG’s efforts to develop the international market and comply with China’s “Going Out” strategy. By investing in Brazil’s hydroelectric projects, CTG has accelerated its cross-border operations and become the world leader in the hydroelectric industry.

Brazil’s economy has been in a downturn for the past two years. The government has sought to reduce expenditures and increase revenues by selling assets and raising taxes.

Brazil raised a total of 17 billion reais from bidding on the concessions for the hydroelectric plants, which together represent 296,000 megawatts (MW) of installed capacity, the Brazilian Electricity Regulatory Agency said.

Before the recent acquisitions, the CTG had interests in three hydropower plants and 11 wind farms in eight states of Brazil.

The project is a multi-functional water control system consisting of a 2,309-meter-long and 185-meter-high dam, a five-tier ship lock and 26 hydropower turbo-generators. They generated 98.8 billion kilowatt-hours of electricity last year, beating the world record for hydropower generation set by Brazil’s Itaipu hydroelectric plant.