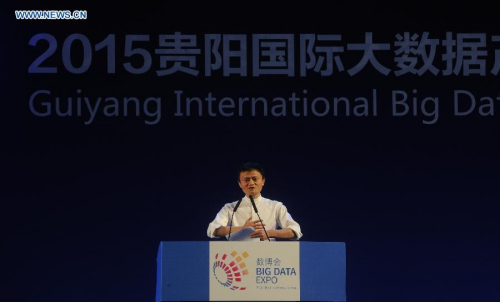 (ECNS) — China is progressing from an Information Technology (IT) era to a period that favors Data Technology (DT), Alibaba Group founder Jack Ma said on Wednesday.

The DT era is represented by big data technology, which might appear to be simply an upgrade from previous technologies. However, DT and IT are two essentially different things, Ma said at the Big Data Expo in Guiyang, Guizhou province in southwest China.

In the IT era, 20 percent of companies grew while another 80 percent were left confused. In contrast, the DT era could unleash the potential of this 80 percent and bring revolutionary change to the world, he said.

Ma added that the IT era turned humans into machines while the DT era transformed machines into smart beings, China Youth Daily reported.

He stated that the No. 1 resource for the manufacturing industry would be data instead of oil.