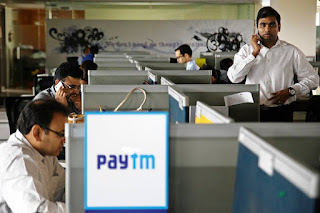 Alibaba and Ant Financial wouldn’t disclose the value of the deal or how large a stake they own in One97. In February, Ant Financial said it was buying a 25% stake in One97 for an undisclosed amount.

Two people who have knowledge of the latest deal but don’t want to be identified said the investment gives Alibaba and Ant Financial a combined 40% stake in One97. One of these people said the companies have invested a total of around $680 million for the One97 stake.

Alibaba, which runs China’s largest e-commerce empire, has been looking to get a foothold in India’s budding online retail market as it faces increased competition and slowing revenue growth at home.